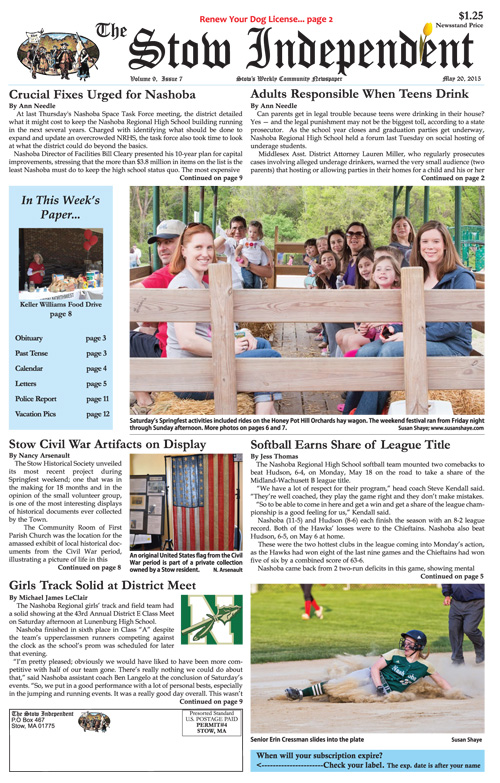 The Stow Historical Society unveiled its most recent project during Springfest weekend; one that was in the making for 18 months and in the opinion of the small volunteer group, is one of the most interesting displays of historical documents ever collected by the Town…

The Nashoba Regional girls’ track and field team had a solid showing at the 43rd Annual District E Class Meet on Saturday afternoon at Lunenburg High School.
Nashoba finished in sixth place in Class “A” despite the team’s upperclassmen runners competing against the clock as the school’s prom was scheduled for later that evening…

The weekend weather held out for another successful Stow Springfest. Starting Friday night with an ice cream social and silent movie, the activities continued through the weekend, culminating with a Sounds of Stow concert on Sunday. Seen below are some of the activities held at Center School on Saturday.