I am disturbed by how the Town is conducting business, the impact to home owners, businesses and to my wallet.

I attended the ZBA hearing on July 6th.  I listened to legal teams verbally spar, twisting words and selectively using points to their advantage.  I came away with the feeling of a double standard enforcing  rules because some in town don’t want the Collings Foundation to build a museum, which has nothing to do with the issue before the ZBA.

For over 30 years, Collings and Crow Island have operated at various levels and activities in the light of day.  Nothing secretive and nothing under the cover of darkness.

What if someone in town added onto their house in 1985 and the addition is too close to the property line, violating a zoning rule?   To date the town has said nothing to the home owner.  New neighbors move in, don’t like the addition and log a complaint.  What happens?  The answer should be nothing because of statute of limitations.  But what will the answer really be?  The statute of limitations are being ignored for Crow Island and Collings.  With inconsistent application of rules, how do home owners have confidence a complaint brought against them by an angry neighbor will be handled differently than the way the town is handling the Collings and Crow Island issue?  How does the home owner know their addition will not have to be taken down or at a minimum spend a lot of money on legal representation to protect their assets?  They don’t know and that’s disturbing.

What’s next?  Will Honey Pot and Shelbourne Farms be handed a cease and desist order?   Will homeowners have to take down additions?  How much will our tax bills increase to pay for legal costs?

The winners are the lawyers.  Regardless of the outcome, they are paid.  The losers are residents and businesses in town.  We have a division in Town not seen in years.  Our taxes will increase to pay the Town’s legal bills.  Home owners and businesses have no confidence rulings and decisions in place, will remain in place.

We need to own up to our mistakes, clean up bylaws, enforce bylaws consistently, fairly and equitably across all in town, move on and don’t look back.  Do not allow our tax dollars to be spent on a costly legal battle we will lose setting a precedent for more costly lawsuits to follow.

Collings Foundation Museum Should be Promoted

What a breath of fresh air is the July 22 Fence Post letter ( Mark Hurwitz, “Injustice At Stow Town Hall”) regarding resolving, or for Heaven’s sakes, getting on with the Collings Foundation permit for a museum on their property for a rare collection of most anything of public/general interest. I am neither a town official nor a Barton Rd. denizen  so I’ve thought it best to stay out of it, but it suddenly occurred to me that small  towns all across America get put “on the map” because of some horrible act of violence or tragic act of nature occurring there that’s singled them out  – they must then pull together to restore the town or bury their dead. How refreshing to be the small town that has a truly unique collection and museum which could  attract people of all ages – visitors  and residents alike!    If roads need to be improved or other such local problems, sounds like that’s what the town should be meeting about – and will the Collings Foundation contribute ? I suspect they would.  I propose that the entire project gets renamed The Stow/Collings Foundation Museum of Military and Civilian Transportation and get the Chamber of Commerce busy advertising us, high and low!

Latest Round in the Ongoing Town of Stow vs. the Collings Foundation

Once again, last evening, the Stow Zoning Board of Appeals decided to not make a decision on the recent Cease and Desist Order that was issued by the town’s Building Inspector to the Collings Foundation suspending all flight operations on their Barton Road property. The continued controversy, which has also suspended flight operations at the second of three privately-owned airfields in Stow, Crow Island Airpark, has been continued by ZBA members despite their being informed that the Cease and Desist is illegal under Massachusetts state law. Only Minuteman Air Field is exempt from the ongoing actions of the ZBA, the Planning Board, and the Board of Selectmen.

This is the latest shot against the Collings Foundation in the nearly two-year discussion with town governmental bodies for them to secure permission to build the new museum building to house the Jacques M. Littlefield collection of armored vehicles from World War I to present times. The crux of the argument by some residents and town officials is that the Collings Foundation is not an educational organization.

The Collings Foundation was organized as an educational non-profit organization in 1979 by Bob and Caroline Collings. When interviewed for a documentary film several years ago, Bob Collings probably explained the purpose of the Foundation when he said, “Our mission is living history and to learn, for people to learn through the lessons of history, and we feel that becomes much clearer if you can kinda touch and participate in, and feel it, rather than just be told about it or see pictures of it. I mean to take a flight in a B-17 or a B-24 makes it so much more real about what it was all about.” In addition to their premiere event, the Wings of Freedom Tour, now in its twenty-sixth annual national tour, for years now there have been three weekend public events at the Stow headquarters – Wings and Wheels / American Elegance, which features some of the most elegant motorcars from the collection parading before the crowd; Race of the Century demonstrates roughly forty years of transportation development (1900-1940) by presenting a series of races of differing vehicles of a given era against each other; and Battle for the Airfield, the Foundation’s World War II re-enactment and veterans’ roundtable event. In addition, the Wings of Freedom Tour makes various two-to-three-day stops at several New England airfields. Two buildings on the Stow property currently house the American-built motorcar collection, smaller aircraft, and that portion of the Littlefield collection that has already been moved from California awaiting a new home.

The next round in the ongoing battle is Wednesday, July 22nd, at 7.30 pm, when the Stow Board of Selectmen is expected to vote on whether or not museums are educational. 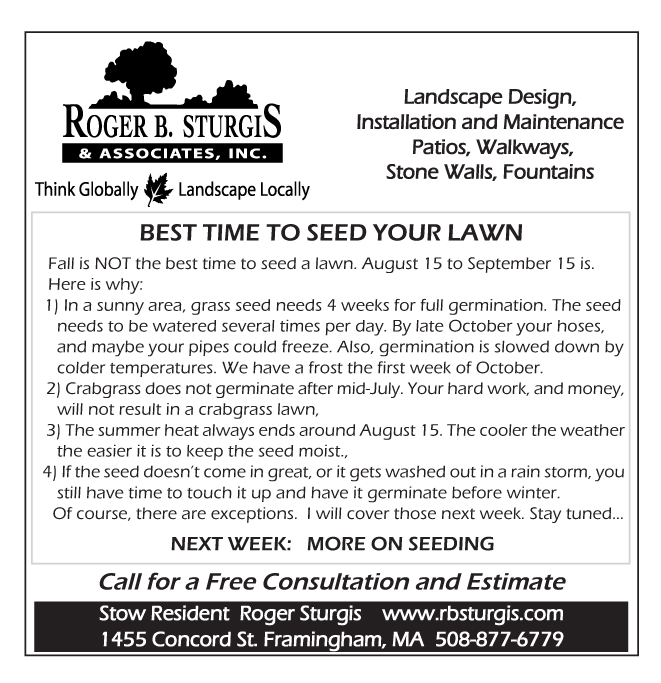