The Stow Minutemen Co. turned 50 this year, and the math called for a celebration Saturday, July 25 of a legend that has drawn in scores of families in and around Stow. Founded in 1965 as a reenactment group of military and civilian life in Stow as the Revolutionary War broke out, the Minutemen are perhaps best known as the group that marches to Concord on Patriots Day every year, stepping off before the sun rises.

Minutemen past and present came to the 50th anniversary party at Dorcas Sefton’s house Saturday to reminisce and share the photos and documents that reflected the parades, Concord marches, and campouts that have made the group a town mainstay.

And Stow residents involved with the Minutemen reflect the history of the entire town. Liz Moseley, wife of former Stow Minutemen Captain Phil Moseley, mentioned that it was the late Frannie Warren who brought her family in to the Minutemen fold back in the 1970s, where they stayed active for about a decade. “When we first moved to town, Frannie was the town clerk we visited, then we got our library cards from Mary (Frannie’s wife), then town librarian, she recalled.

The Minutemen’s signature Patriots Day march — which closely follows the route Stow militia traveled to the Old North Bridge in April 1775 — had been experienced by just about everyone in attendance at the anniversary celebration.

Current Minutemen are strongly advised to stay hydrated, refueled halfway through the march by volunteers who set up a protein-packed breakfast stop in a Concord park. It wasn’t always this way.

Past Captain Rick Lawson reported that legend has it that some Minutemen of the 1970s carried libations other than water in their flasks. It was not known if they arrived at the Old North Bridge wobbly, he added.

One almost-mythical tale came from the 1966 Patriots Day march, which Don Rising noted actually started off in Acton in the days before the Stow group plotted its own route to Concord. Rising recollected how he arrived with the Minutemen at the Old North Bridge, only to be greeted by someone who announced Rising’s neighbor had just rushed his wife, Marcia, to the hospital to deliver their first child. So, Rising hitched a ride to Emerson Hospital with a Concord minuteman, ran in to visit Marcia, then returned to the Concord events. As Rising phrased it, the birthing situation was out of his hands anyway.

Many more stories came from the summer campouts the Minutemen conduct, complete with Colonial-era tents, clothes, supplies, and food. Some of these, such as this coming weekend’s encampment at Old Sturbridge Village, happen every year and bring the Stow Minutemen in contact with reenactment groups across the country.

After 22 years with the Minutemen — he joined with his family as a child — Matt Brench looked back at an OSV encampment where a storm’s high winds were enough to actually knock over some tents, “What was most impressive was that, while most of us were huddled under a tent, there were some diehards who stayed around their campfire and kept it going. I learned that those fires burn really hot,” he dryly remarked.

On Saturday, Brench brought his 4-month-old son, William, to the party, saying he fully expected he and his wife would be bringing William along to this weekend’s OSV event. But, just for the day — “we’re not that brave yet,” he smiled. Asked if he would be dressing William up in Colonial garb, Brench said he wasn’t sure what that would be for an infant.

“Just a frock,” Rick Lawson declared. “Boys and girls all looked alike back then.”

Other one-time encampments produced their own stories. One of the group’s campouts of legend happened back in September 1974, in celebration of General Lafayette’s visit to Stow in 1824. As former Stow resident Christopher Childs related a while back (he did not make it to the party), his late mother, history buff Ellie, drafted him for the role of Lafayette.

“ The whole project was Ellie’s idea, and she had to twist my arm determinedly — but gently, as was Mum’s style — to get me to do it,” Childs recalled. “She drafted a speech for me to give, and I reworked it a bit and tried for a vaguely French accent.”

Fast-forward to another Minutemen encampment on the Lower Common, this one circa 1996. A now-grown Michael Stokes looked back at some unanticipated excitement near the group’s campsite. “I remember the car accident from that person that crashed through half the lower common,” he said.

“Oh yeah, that driver was really out of it,” remarked Michael’s mother, Linda.

Linda noted that the family actually had joined the Minutemen’s ranks a few years before that, when Michael’s younger brother, Jeff, was still a baby. “Michael was the one who got us to join. He had a friend who did the march to Concord every year. And at six years old, he and his friend did the entire march to Concord,” Linda explained.
Looking back at almost two decades with the Minutemen, Linda remarked, “It was wonderful to raise a family in this group, because we were always doing activities together with our kids.”

More on the Minutemen and their adventures is posted at  stowminutemen.org 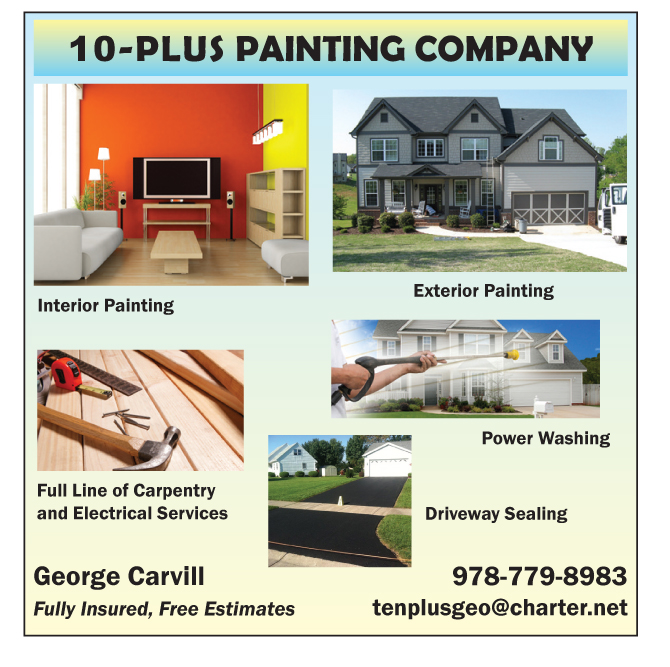