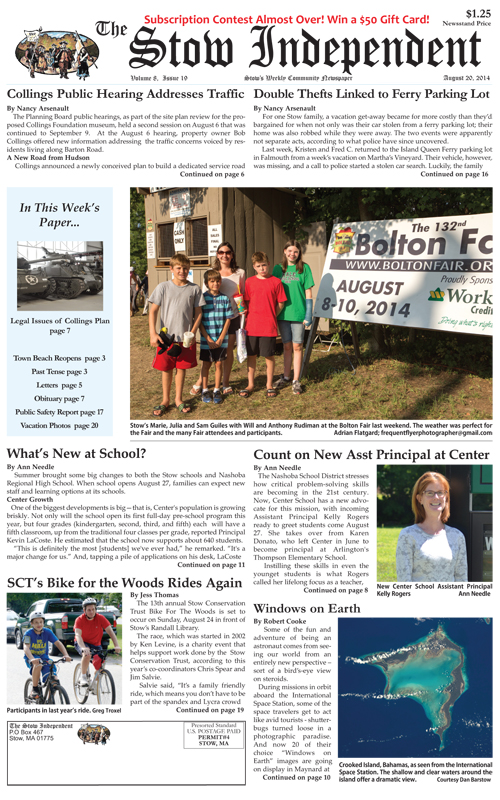 The Planning Board public hearings, as part of the site plan review for the proposed Collings Foundation museum, held a second session on August 6 that was continued to September 9.  At the August 6 hearing, property owner Bob Collings offered new information addressing  the traffic concerns voiced by residents living along Barton Road…

For one Stow family, a vacation get-away became far more costly than they’d bargained for when not only was their car stolen from a ferry parking lot; their home was also robbed while they were away. The two events were apparently not separate acts, according to what police have since uncovered…

The Nashoba School District stresses how critical problem-solving skills are becoming in the 21st century. Now, Center School has a new advocate for this mission, with incoming Assistant Principal Kelly Rogers ready to greet students come August  27. She takes over from Karen Donato, who left Center in June to become principal at Arlington’s Thompson Elementary School…

Past Tense: The Stills of Stow