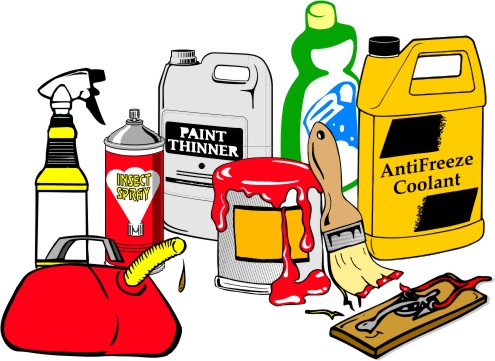 For years, clean-up time in Stow households left many residents puzzling over how to re-store hazardous waste items that turned up — from fuel to art supplies to gasoline — until the town’s next hazardous waste collection day, or forced to drive miles to a proper disposal site. Now, this disposal is available twice most every month, and minutes away, with a new town partnership.

The Stow Board of Health recently partnered with Devens Household Hazardous Waste Collection to offer residents a far more frequent and convenient route to disposing of hazardous items, according to the BoH’s Cyndie Colosi. Under the former waste collection system the BoH had in place for years, Colosi said, “We used to have it only every year and a half or so.”

Instead, membership in Devens HHW means Stow residents can bring these hazardous items to the collection facility in Devens 20 times per year – the first Wednesday and Saturday of each month, except for January and February.

As a resident of one of the 13 towns Devens HHW currently serves, Colosi observed, “It’s so much more convenient. People were calling, saying they were moving or moving their parents and needed to get rid of these things — this is so much more available.”

Devens HHW is a private facility funded with a start-up grant from the MA Department of Environmental Protection. Colosi explained that, before Devens HHW, Stow could not afford to hold hazardous collection days more frequently, given the cost could run about $10,000 for a single day. The initial cost to join Devens HHW was roughly $12,000 and voted in at May’s Town Meeting, with Colosi estimating an annual fee of roughly $4,000-$5,000 in coming years. But, she pointed out, given Devens HHW’s availability, the membership will pay for itself in a few years.

How Devens HHW Works
To deposit materials, Devens HHW charges $20 for up to 5 gallons or 5 lbs. of material, and $40 for up to 10 gallons/10 lbs. For safety, it is suggested that residents do not try to transport more than 55 gallons/lbs. per trip.

Depositors must bring a proof of residence, such as a driver’s license. Stow businesses also are welcome, but must pre-register. Colosi mentioned that Devens HHW is quite accommodating with larger loads, usually coming to collect those big deposits directly from visitors’ vehicles.

A small sampling of the hefty list of hazardous materials accepted by Devens HHW includes household cleaners and disinfectants; vehicle antifreeze, gasoline, and motor oil; printer ink and toner cartridges; pet flea collars and treatments; pool chemicals, insect repellants, and weed killers; and oil- and lead-based paints, along with paint removers and thinners. For a complete list of what Devens HHS will (and will not) accept, go to the BoH link on the Town of Stow’s web site (stow-ma.gov), and click on “Devens Center Flyer.”

Colosi stressed that mercury products such as thermometers, along with medical needles and lancets, instead should be brought to the BoH in the Town Building. Also, Aubochon Hardware in the Shaw’s Plaza accepts any fluorescent light bulbs, she added.