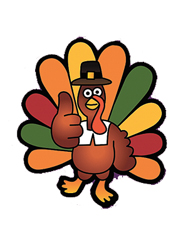 And just like that, Thanksgiving is nearly upon us. I’ve been convinced for weeks now that it was the last week of the month, as it usually is. But noooo, Thanksgiving falls on the Fourth Thursday of the month, which is typically the last week of the month. But this year, there are five Thursdays in November, so Thanksgiving is, gulp, next Thursday, November 22. Of course most people probably already know this.  Most people probably already have their plans set and their turkeys picked out and menus planned. Maybe some day I’ll be amongst them.

A belated congratulations to newly re-elected State Representative Kate Hogan. At press time last week, we were unable to get the full results of the 3rd District State Rep race. After all the votes were in, Rep. Hogan, a Stow resident, won in all 4 district towns.

A Stow woman had quite an ordeal last week as she found herself nearly face to face with a man trying to break into her home. The woman, who wishes to remain anonymous for security purposes, remained calm as she called Stow Police and stayed on the line until they arrived. It’s quite a story, and can be found on page 1.

What’s particularly bothersome is that the two men involved in the attempted break-in are not just local kids stirring up trouble. They are both from the southern part of the state and appear to be “professionals” given their police records and tools they were carrying.  With a likely tie to another burglary in Bolton, these two seemed to have headed to the area with specific targets. While the internet has great uses, you have to wonder if it also serves as a resource for finding good marks for thieves. A quick flip through the real estate listings gives a sampling of area house prices and a few clicks on a mapping website nets a nice aerial view of the neighborhoods and where the more secluded houses sit.

The Stow Police continue to caution residents to lock up cars and homes and they urge residents to call 911 if they see suspicious activity at their own home or at a neighbor’s. There have been two incidents in recent weeks in which making that call quickly enabled Police to catch would-be thieves in the act. Be careful out there!

And a big reminder that the Special Town Meeting is on for Wednesday night. Residents are urged to attend to determine the fate of the design funding for the various capital projects. While the Fire Station and Community Center passed at the polls, they each still need a 2/3 majority favorable vote at Town Meeting to move forward. More information on the library project can be found in the Selectmen’s meeting article, starting on page 1.

There are several diverse performances happening this weekend. The Nashoba High School Drama program is presenting “We Love Lucy” – staged in black and white- while the Sounds of Stow Chorus and Orchestra will present their fall concert on Sunday. Great opportunities to get out and enjoy after all the politics are over…for now.