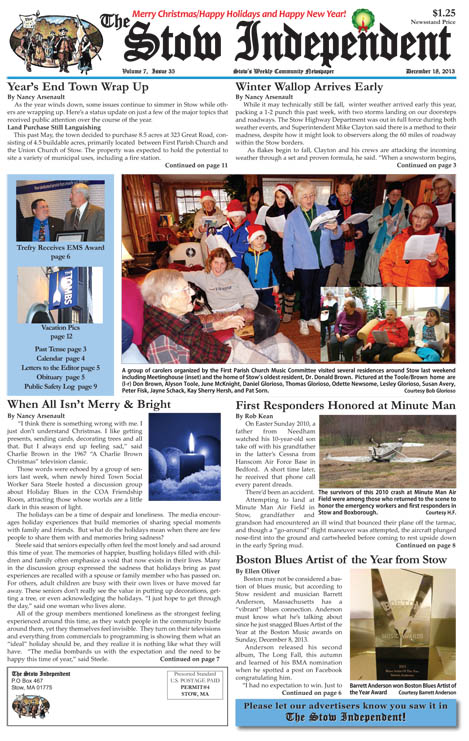 As the year winds down, some issues continue to simmer in Stow while others are wrapping up. Here’s a status update on just a few of the major topics that received public attention over the course of the year…

While it may technically still be fall,  winter weather arrived early this year, packing a 1-2 punch this past week, with two storms landing on our doorsteps and roadways. The Stow Highway Department was out in full force during both weather events, and Superintendent Mike Clayton said there is a method to their madness, despite how it might look to observers along the 60 miles of roadway within the Stow borders…

Stow has a handful of places authorized by the Selectmen to sell alcohol in various forms for drinking.  Some are for restaurants to serve with meals, others are for stores to sell for home consumption, and occasionally, the selectmen will authorize a single-day liquor license for a special party or event…