Peter Stack York, 77, a Stow resident for 40 years and a native of Watertown, died Tuesday June 24, 2014 at the Emerson Hospital after a two year battle with pancreatic cancer. Mr. York was the beloved husband of 45 years of Judith E. (Hickey) York.

Born and raised in Watertown, he was the son of the late Robert Stack York MD and Catherine (Manning) York, and step-son of the late Mary (Conlin) York.

A graduate of Fairfield University, he served honorably in the US National Guard on active duty in Europe for a year during the Berlin Crisis.  He was employed for his entire career of 48 years at Arlington Coal and Lumber.

The center of Mr. York’s life was his family.  He was an active volunteer involving his children’s activities, including Boy Scouts, 4H, soccer and hockey, and set construction for the drama groups.  A crossword puzzle fan, he was also an all-around handyman who loved to tinker with antique cars.  He was a longtime member of the Stow Lions Club and parishioner of St. Isidore’s Church in Stow.

In addition to his wife, he is survived by three children, Mary Lee York and husband Eric Smith of Stow, MA, Juliane Shanley and husband Tom of Newbury, MA, and Paul S. York and wife Dedra of Lancaster, MA; and 8 beloved grandchildren. He was predeceased by three sisters, Ann McNamara, Sara Tracy and Pauline Hennessy, and is survived by 6 siblings: Eileen Hogan of Winchester, Robert M. York of Everett, John A. York of Needham, Jerry York of Watertown, Mary Ellen York Rogers of Framingham and William F. York of Watertown.  He is also survived by a large extended family including nieces, nephews, in-laws and close friends and neighbors.

Visiting hours were held on Fri. June 27th  at the Acton Funeral Home, 470 Massachusetts Ave (Rte 111) Acton.  The funeral Mass was celebrated Saturday, June 28th  in St. Isidore’s Church, 429 Great Road (Rte 117) Stow.  Interment in Watertown will be at a later date.  In lieu of flowers, memorial gifts may be made to either The Stow Lions Club, PO Box 5, Stow, MA 01775, or to the Emerson Hospital Foundation-Bethke Cancer Center, 133 ORNAC, Concord, MA 01742.  Memorial page www.actonfuneralhome.com

James J. Arbella Jr., 89, of Stow, passed away on Saturday, June 28th surrounded by his loving family. He was predeceased by his loving wife of 50 years, Blanche (Siergiej) Arbella in 1997.

James was born in Marlboro, the eldest son of the late James Arbelli Sr. and Eva (Lafreniere) Arbelli. He was raised in Hudson where he attended local schools and was a 1943 graduate of Hudson High School. He was a WWII Veteran serving in the U.S. Army. He has resided in Stow the past 60 plus years and also spent a short time residing in Marlboro prior to moving to Stow. James worked for many years as a carpenter with T.P. Hurley Lumber Co. in Marlboro and later on his own locally. He was a member of the American Legion in Maynard; the V.F.W. in Hudson; the Hudson Lodge of Elks and Saint Isidore Parish in Stow.

He is survived by his two sons, James J. Arbella III of Stow, MA and Peter Arbella and his wife Becky of East Dover, VT; his two daughters, Nina Arbella of Stow and Elaine Feeney and her husband Mike of Lake George, NY. He is also survived by his granddaughter, Raven Arbella; four grandsons, Kevin and Michael Feeney and Cody and Tyler Stockhaus; two great grandchildren; his brother, Joseph Arbelli and his wife Bridgitte of Hudson and several nieces and nephews 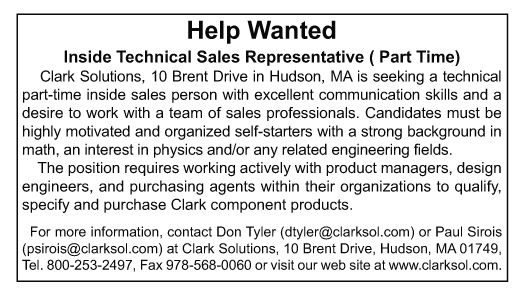