All those who attended Special Town Meeting on August 8, or who read the newspaper reports since, have to ask themselves:   What happened and why??!!

My husband and I offered a gift of $140,000 for the Town to purchase the Chapter 61 Hammerhead lot on Boxboro Road for Conservation.  Our objective was to safeguard the Town’s Right of First Refusal and not lose the chance to exercise it due to the uncertainties of the SMAHT proposal.

It was the Selectmen’s decision weeks before to bring this Right of First Refusal to the Town voters to decide on acquiring the land for Affordable Housing and/or open space. Town Meeting responded with an over 2/3 majority vote to consider our offer.  In so doing, any further consideration of the SMAHT motion was eliminated.

Despite the clear choice made by the voters, our elected officials, with a few exceptions, remained steadfast in their opposition to our proposal. Why was that?

If the concerns about the “legality” of our amendment had been brought to our attention when the offer was first made we could have easily rectified them before Town Meeting.  In fact, knowledgeable voters came forward in real time at Town Meeting offering simple solutions to these perceived illegalities but to no avail. What seemed to be an almost desperate straw grasping objection to our proposal by Counsel late in the discussion was that ours was just a “promise” of funding.  This begs the question if our pledge was not on par with SMAHTs promise of funding. Had they been asked to put a check into escrow?

After the first vote in favor of our proposal passed by 71%, the final vote to accept our offer fell short of the required 2/3 majority by a small handful of votes, no doubt in large part to the confusion created by the negative response from Town Counsel, Conservation Commission members and other agents of Town. They voted against accepting our gift to preserve land for a public benefit.  How often does that happen in Towns?  The only string attached to our offer was the designation of that parcel for Conservation, not unlike SMAHT’s proposal to designate that same parcel for Affordable Housing.  Whether the parcel was a priority acquisition or not, accepting and conserving it in this way, at absolutely no cost, would have been a public benefit, as all conservation land serves a public benefit.

So we’re left asking ourselves why, when the voters were making it perfectly clear that they favored this Conservation option, a majority of our elected representatives couldn’t see their way clear to supporting the will of Town Meeting.   Those same officials who supported SMAHT’s housing proposal earlier in the meeting, disregarded the prevailing wisdom of the voters. At that point, what was the downside to acquiring the land for conservation?

In the end, the Town lost out on a good opportunity, and we still wonder why that happened?

Thank You for Supporting “NO” Vote on Article 3

Looking in the back mirror on this proposal, we have a hard time understanding how such a proposal could reach a special town meeting.  During the spring and summer public hearings, which were packed by opponents of this proposal raising legitimate concerns, were uniformly ignored by town government.  Any rigorous evaluation of the suitability of the lot was only partially done at the last minute DESPITE of having 120 days (4 months) to craft a well thought-out plan.  In the future, town government should present voters only with proposals that include comprehensive plans for parcels of land that are suitable to build on.  Any future Chapter 61 land purchase proposals for construction purposes should include estimates of total costs as well as any appropriate engineering surveys, key studies with solutions if issues are identified of land suitability, as well as traffic safety and key environmental factors should be available within the first 60 days.

People know that taxes in Stow are very high and that makes it difficult for majority of people to afford living in this town.  Most people who choose to move to Stow do so by working hard for many years before they can afford moving here.  Therefore, it’s important that our town government carefully considers each project proposal and doesn’t spend tax dollars on poorly thought-out projects.

We understand that there is a lack of affordable housing in Stow. Our Board of Selectmen (BoS) needs to find a cost-neutral solution to move this important issue forward. The current “Mission Impossible” by SMAHT needs to be a serious priority by BoS.  Disregarding current residents is not the way to go. Instead, Board of Selectmen should look at other options to achieve this goal, such as buildable land and buildings currently owned by the town.

We hope that the town government will be proactive and transparent when determining best locations for affordable housing while respecting current residents of Stow. 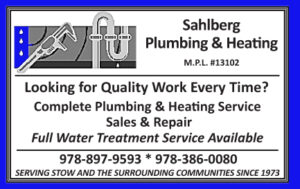