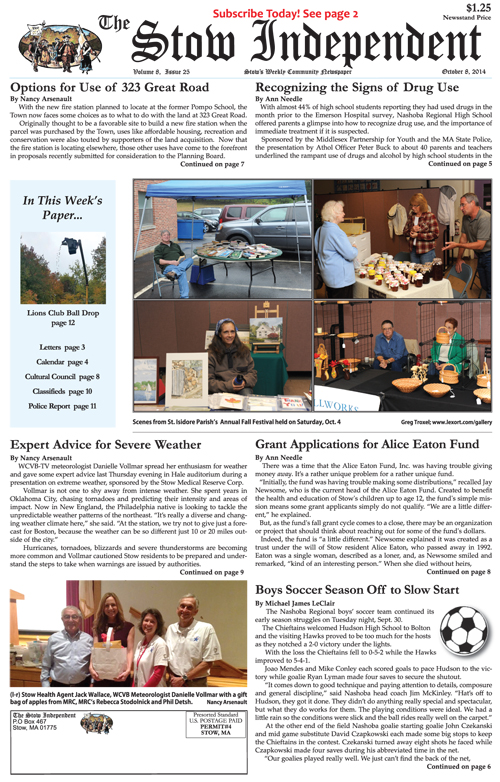 Design discussions continued at Thursday’s meeting of the Community Center Building Committee. Floor and site plans were discussed as the Committee looks to bring a design to voters for approval at a Town Meeting, perhaps in February. Approval of a design and the related construction costs would set the project in motion to begin construction.  Construction costs cannot be estimated until a tentative layout and design is finalized by the committee…

The autumn months are often considered the last big selling opportunity for realtors and property owners hoping to find buyers before the snow flies. Right now, Stow’s curb appeal is at its peak with colorful foliage, picturesque farm stands, and hordes of people coming to visit who just may be thinking about settling amongst these stone walls…Hale Cross Country Off to a Good Start

Hale Cross Country Off to a Good Start

Despite having very few eighth-graders on its roster, the Hale Middle School cross-country team has fared quite well in the first two meets of 2014.
The boys’ and girls’ squads each won their first meet on Monday. On Thursday, against Oak Middle School in Shrewsbury, the girls won again and the boys narrowly lost.