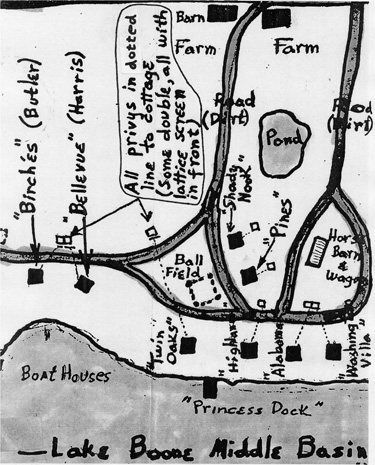 I was over at the Town Hall the other day when an older person asked me where the outhouse was.  I’m sure he meant toilet and I directed him such, but it got me thinking.  Surely in the days before indoor plumbing, when meetings were held at the old Town Hall, there must have been a need for an outhouse or two, but in none of the many pictures the town vault has of the Town Hall, did I see an outhouse.
Asking around, none of the old timers had any knowledge of a Town Hall outhouse, nor were they aware of any outhouse still in Stow anywhere.
To try to find out what a Stow outhouse might have looked like, the book “Legends of America” gives some good hints.  The average outhouse was 4 feet square by 7 feet high, no window, heat or electric light, and built between 50 to 150 feet from the main house facing away from the house.

They almost always had a crescent moon cutout on the door.

One explanation for such a cutout goes back to Colonial times when few people could read and many places had two outhouses, one for women (with a crescent) and the other for men (with a circle cutout symbolizing the sun).  When only one outhouse was present, it usually had just the crescent cutout on the door.  The cutout also left in air and let in light when closed since most outhouses had no windows.

Toilet paper was considered a luxury in rural areas where most people used newspaper or pages from old catalogs.  The large Sears catalog was often found hanging on a string on the outhouse wall by the seat, not necessarily for reading.

In the early 1920s, a summer resident of Lake Boon in Stow drew a map of the area where his cottage was located and felt it important to show where each outhouse (which he called a ‘privy’) was located in his neighborhood including the path to be taken to the outhouse from the cottage.  Shown at right is a portion of this map.

It appears after a long search, that no outhouses remain anywhere in Stow, not even as an architectural decoration.  But out in California, a Boy Scout working on his Eagle Scout project built a non-functioning replica of an outhouse to place next to an old one-room school that is part of that town’s history.  It is said that Stow’s historic West School used to have an outhouse, but not for a long time.

Hmmm, maybe this article will give one of Stow’s boy scouts a great idea for an Eagle Scout project.