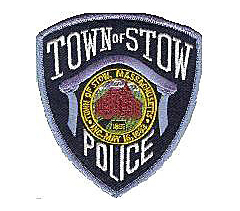 By Kristen Kerouac
Excerpts from the Public Safety Logs. Please note, arrests are made based on probable cause but do not determine guilt or innocence until proven in court.

Monday August 7, 2017
7:15am ASSIST OTHER AGENCY
The Massachusetts State Police requested a well-being check on a Stow resident whose car was left at Walden Pond. The Stow Police contacted a family member who explained that the car owner had stayed at Walden Pond late the day before. The parking gates were closed and locked when he left.
7:46pm SUSPICIOUS ACTIVITY
A walk-in reported that there was a small child in a car, near Pet Source, with a man who was acting suspiciously. The Police responded to check the area. The child and his mother were spoken to. There were no problems.

Tuesday August 8, 2017
6:19am ASSIST CITIZEN
A walk-in from Taylor Road reported that someone went through his truck. Nothing was taken.
11:11am MEDICAL EMERGENCY
A caller on State Road requested an ambulance for a bicyclist who had a broken arm. The Police and Fire/Rescue responded. The ambulance transported the individual to the hospital.
11:52am ASSIST OTHER AGENCY
The Hudson Police requested assistance with locating a tow truck that hit and knocked down a pole in Hudson. The Stow Police responded to check the area. 12:23pm: the tow truck was located and Hudson Police was notified.
6:15pm ANIMAL
A caller from Dunster Drive reported that a beehive was in the cul-de-sac. The caller was concerned. The Animal Control Officer was notified.
7:15pm SUSPICIOUS ACTIVITY
A caller from Orchard Drive reported that her son located a backpack behind a stone wall near the entrance to Bose. The Police responded. The owner was identified and the backpack was returned.

Wednesday August 9, 2017
1:23am MEDICAL EMERGENCY
A caller from Warren Road requested an ambulance for a woman who was acting strange. The Police and Fire/Rescue responded. The ambulance transported the woman to the hospital.
5:31am ROAD SAFETY COMPLAINT
A caller near Elm Ridge Road reported that a bicyclist did not have reflective gear on the bike. The Police responded to check the area.
8:09am ANIMAL
A caller from Edgehill Road reported that there was an injured raccoon in the road. The Animal Control Officer was notified.
5:25pm SUSPICIOUS ACTIVITY
A caller from Packard Road reported that when her children arrived home, they stated that an SUV with its flashers on was parked on the road. The van looked “creepy.” The Police responded to check the area. The SUV was located. A man had pulled over to use the phone. He went on his way.
8:54pm ASSIST OTHER AGENCY
The Sudbury Police requested assistance with locating two missing individuals in the Assabet Wildlife Refuge. The Stow Police responded to check the area.

Saturday August 12, 2017
8:48pm WELL BEING CHECK
A caller reported that a black car was parked next to the bridge on Sudbury Road. The headlights were on and a pair of shoes were on the ground. The caller was concerned that someone needed help. The Police responded. Two individuals were located. They had been camping in the area and were leaving. All was OK.
3:22pm DISTURBANCE
A caller at the Dunkin’ Donuts reported that a customer was very agitated and angry about her order. She was verbally harassing the employees. The woman left but the caller was concerned she would come back. The Police responded.
6:44pm ASSIST CITIZEN
A walk-in reported that he received a phone call stating that he had a warrant for his arrest in Florida. He did not know about it. The man’s information was placed into the system. The man did not have any warrants or even a record.
6:50pm SUSPICIOUS ACTIVITY
An officer checked on a car that had been parked at the Community Center Building for a few hours. The occupant was a limo driver waiting for a wedding at Butternut Farm to be over.