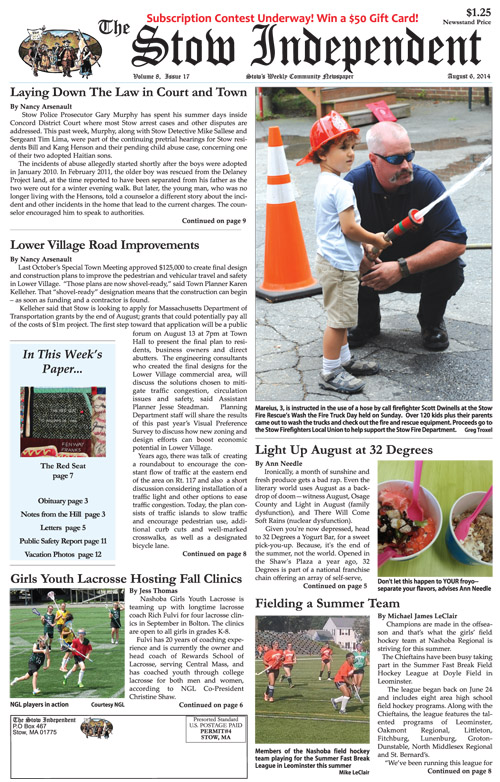 Laying Down The Law in Court and Town

Stow Police Prosecutor Gary Murphy has spent his summer days inside Concord District Court where most Stow arrest cases and other disputes are addressed. This past week, Murphy, along with Stow Detective Mike Sallese and Sergeant Tim Lima, were part of the continuing pretrial hearings for Stow residents Bill and Kang Henson and their pending child abuse case, concerning one of their two adopted Haitian sons…

Light Up August at 32 Degrees

Ironically, a month of sunshine and fresh produce gets a bad rap. Even the literary world uses August as a backdrop of doom—witness August, Osage County and Light in August (family dysfunction), and There Will Come Soft Rains (nuclear dysfunction)…

Notes from the Hill

Past Tense: The Red Seat